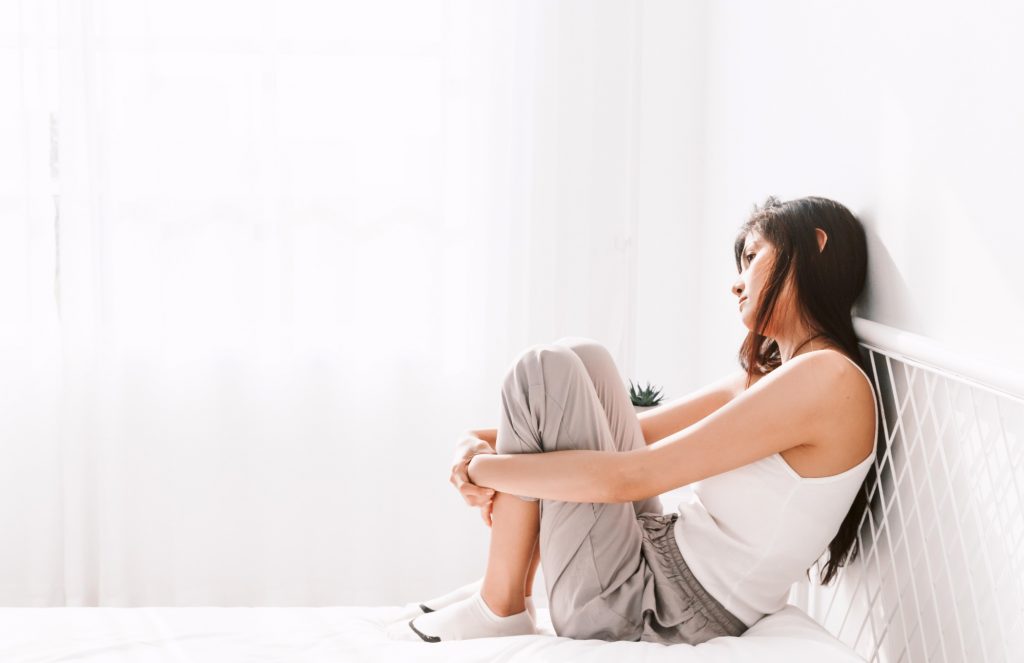 Could Poor Gut Health Be Sabotaging Your Mood?

We’ve been taught that depression and anxiety are caused by a lack of “feel good” brain chemicals, like serotonin. This deficiency model has led to widespread use of pharmaceuticals such as Prozac or Xanax, to help “normalize” levels. In fact, one in six Americans is on an antidepressant or other psychiatric drug. The problem with this approach is that while drugs may suppress symptoms, their effects are often temporary and they do not address the underlying cause of mood disorders. More often than not, chemical imbalances that affect our brain and mood can be linked to poor gut health.

Your gut and brain communicate through a system of nerves and neurotransmitters, chemical messengers that transmit signals between different areas of the body and brain. The most well known neurotransmitters are serotonin, dopamine, and GABA. They help regulate mood, sleep, digestion, pain, and many other processes. Most of these neurotransmitters are actually produced in the gut, not the brain. They are produced by tiny organisms called microbes, made up of different types of bacteria, yeasts and fungi. Your gut is home to over 100 trillion microbes! Some of these organisms can make us sick, but many are important for health and function of our gut and brain.

One example of a neurotransmitter produced by these microbes is serotonin, commonly known as our “happy” neurotransmitter. Serotonin regulates mood, sleep, and libido, along with various digestive functions. Over 90% of the body’s serotonin is produced by bacteria in the gut. If there is an imbalance in the gut, our brain doesn’t get enough serotonin and symptoms such as insomnia, depression and anxiety can occur. Studies have also shown that certain strains of gut bacteria produce the neurotransmitter GABA, our “calming” neurotransmitter. When your brain cells become overly stimulated, symptoms such as headaches and anxiety can occur. GABA is inhibitory, meaning it decreases activity in the brain and nervous system, which helps us feel relaxed.

Research suggests that people with healthy and diverse gut microbes are less likely to suffer from anxiety or depression. Those with digestive issues and less diversity, meaning fewer overall species of bacteria, are at increased risk for mood disorders. Factors that disrupt the microbiome include overly sterile environments, frequent antibiotic use, stress, and heavily processed diets.

A number of studies have also evaluated the effect of probiotics on mood disorders. One such study involved 40 patients with major depressive disorder (MDD) who were divided into two groups. One group received probiotic capsules, while the other was given a placebo. At the end of the eight week study, the group who took the probiotics experienced fewer symptoms of depression compared to the placebo group.

Along with housing the trillions of microbes that produce our “feel good” chemicals, your gut is also home to a second brain. The enteric nervous system (ENS), often called the “second brain,” is made up of over 100 million nerve cells that line your entire gastrointestinal tract. It can operate independently of the brain, controlling functions such as swallowing, release of enzymes, and other digestive processes on its own. While our second brain is not directly involved in complex thought processes such as political debates or philosophy, it does affect things like mood and memory. Most cells in the ENS carry messages to your brain, versus receiving messages from it, meaning your gut has as much (or perhaps more) control over your mood as your brain does.

Maintaining a healthy gut can be challenging in our modern world. Poor diet, environmental toxicity, and high stress decrease healthy gut bacteria. Bacteria compete for space in the gut, so as healthy bacteria are killed off, harmful bacteria can take over. On the other hand, increasing good bacteria can “crowd out” bad bacteria and help restore balance. Fortunately, there are many simple steps you can take to promote healthy bacteria and overall gut function. A great first step is eating more whole foods, and eliminating processed “junk” food. This will immediately boost your intake of vitamins, minerals and other important nutrients, while decreasing exposure to chemicals and preservatives that can disrupt gut health.

Other steps you can take to promote a healthy gut include:

Eat fermented foods daily. Yogurt, kefir, sauerkraut, kimchi, miso and natto all contain probiotic bacteria that support gut health. A healthy bacterial balance is necessary to produce neurotransmitters, such as serotonin and GABA, that regulate mood. If you don’t care for the taste of fermented foods, you can take a multi-strain probiotic supplement instead.

Limit sugar consumption. Most people are shocked at how much sugar they consume on a daily basis once they start paying attention. Try to get the majority of your sugar from natural sources like fruits and vegetables. When evaluating packaged snacks, look for products that contain less than 10 grams of sugar.

Switch to filtered water. Tap water contains loads of chemicals, including chlorine, a bacteria-killing chemical. Along with killing harmful bacteria to purify water, chlorine also kills healthy bacteria in our gut. Invest in a water filter that reduces or eliminates chlorine and other contaminants. Refillable jugs for reverse osmosis water can also be purchased at many grocery stores.

Avoid overuse of antibiotics. While antibiotics can be lifesaving, they are also overprescribed. Colds and flus are often viral and antibiotics kill bacteria, not viruses. Antibiotics are prescribed on a “try it and see” basis- if the infection is bacterial, they may work. If it’s viral, they’ll be ineffective and will wipe out good bacteria, further compromising your immune system.

Skip the antibacterial products. We’ve been taught to Lysol our homes and slather ourselves in hand sanitizer. These products, like antibiotics, wipe out healthy bacteria and may even increase antibiotic resistant bacteria (these strains can be harmful and may not respond to antibiotics). Studies have shown that regular soap and water are just as effective at reducing bacterial levels on hands as antibacterial soaps without the associated risks!

Addressing the root cause of anxiety and depression starts with healing your gut. This process can be challenging when we’re feeling down and tempted to reach for “comfort” foods, but remember that food choices can either support or worsen your mood. A healthy diet promotes healthy gut function, naturally increasing levels of “feel good” chemicals that improve your mood.